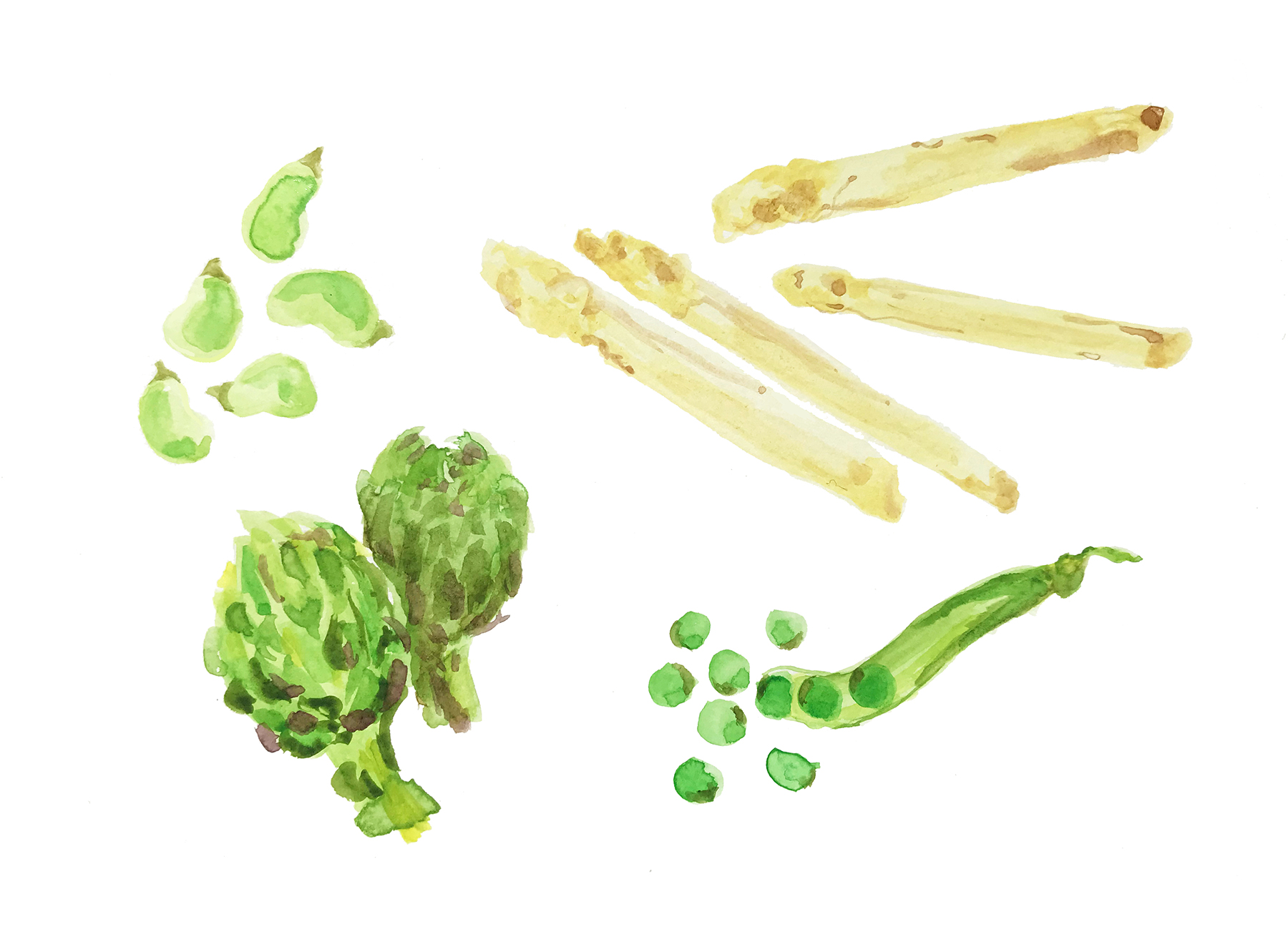 Vegetable spring stew, a pleasure within our reach

The month of April offers us the opportunity to begin tasting vegetable spring stew at its best, a pleasure within our reach.

It is true that at all times and places, and even in the heart of every home, the menestra has been cooked and presented in very different ways, because also in culinary matters each master has his or her own way. As early as 1913, Mrs Emilia Pardo Bazán, whose death centenary is being celebrated this year, wrote that Spanish-style vegetable stew was a varied combination of vegetables that could be garnished with hard-boiled eggs, properly chopped. Other recipe books did not hesitate to admit meat additions, such as ham, chicken and even lamb, an ingredient used by Azagresas housewives in their preparation of traditional menestra.

… little by little, the menestra made exclusively with vegetable garden products has managed to impose itself.

But the proven quality of Azagra‘s vegetables –and of the Ribera del Ebro in general–, the evolution of gastronomic tastes, as well as the very present innovative spirit in today’s cuisine, has meant that, little by little, the menestra made exclusively with vegetable garden products has managed to impose itself. I am referring to that type of stew which uses the king vegetables of this spring season: the tasty asparagus –it is already known that, according to the saying, those of “April are for me”–, tender peas, green beans in their exact point of size and texture, and, of course, the essential artichokes, which reappear with all their splendor after the hard winter frosts. The menestra made up of this unique vegetable quartet has been called The Four Aces, and there is no need to explain why. 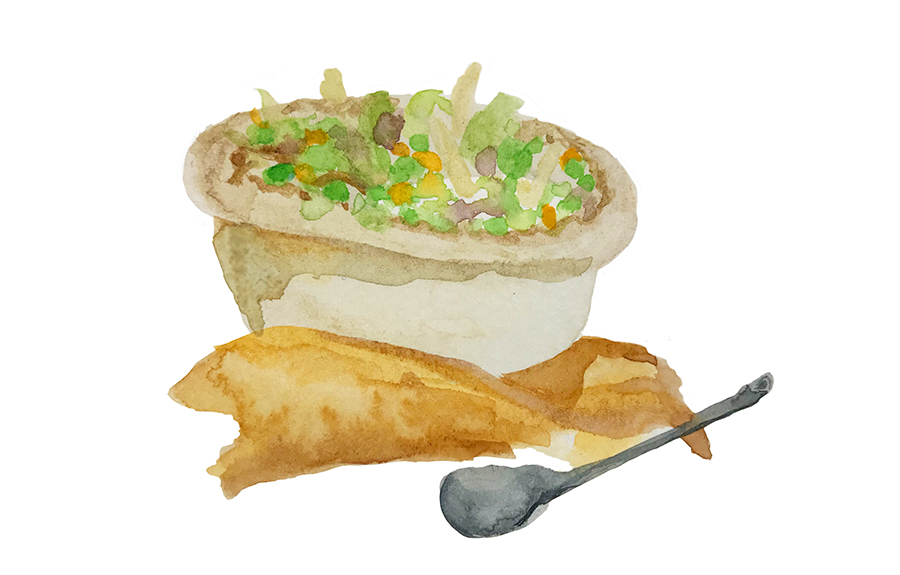 The prestigious Galician critic Caius Apicius, who passed away in 2018, enjoyed it during his frequent visits to Tudela and praised it generously on many occasions. He insisted, however, that when preparing it, each vegetable should first be cooked separately and, when they were ready, they should be brought together a few minutes later to achieve a harmonious balance that would enhance the natural flavour and the characteristic nuances of the various components.

This is the right procedure to achieve an extremely attractive and healthy dish, capable of captivating the most demanding palates and making this motto come true: simple pleasures, unforgettable experiences. 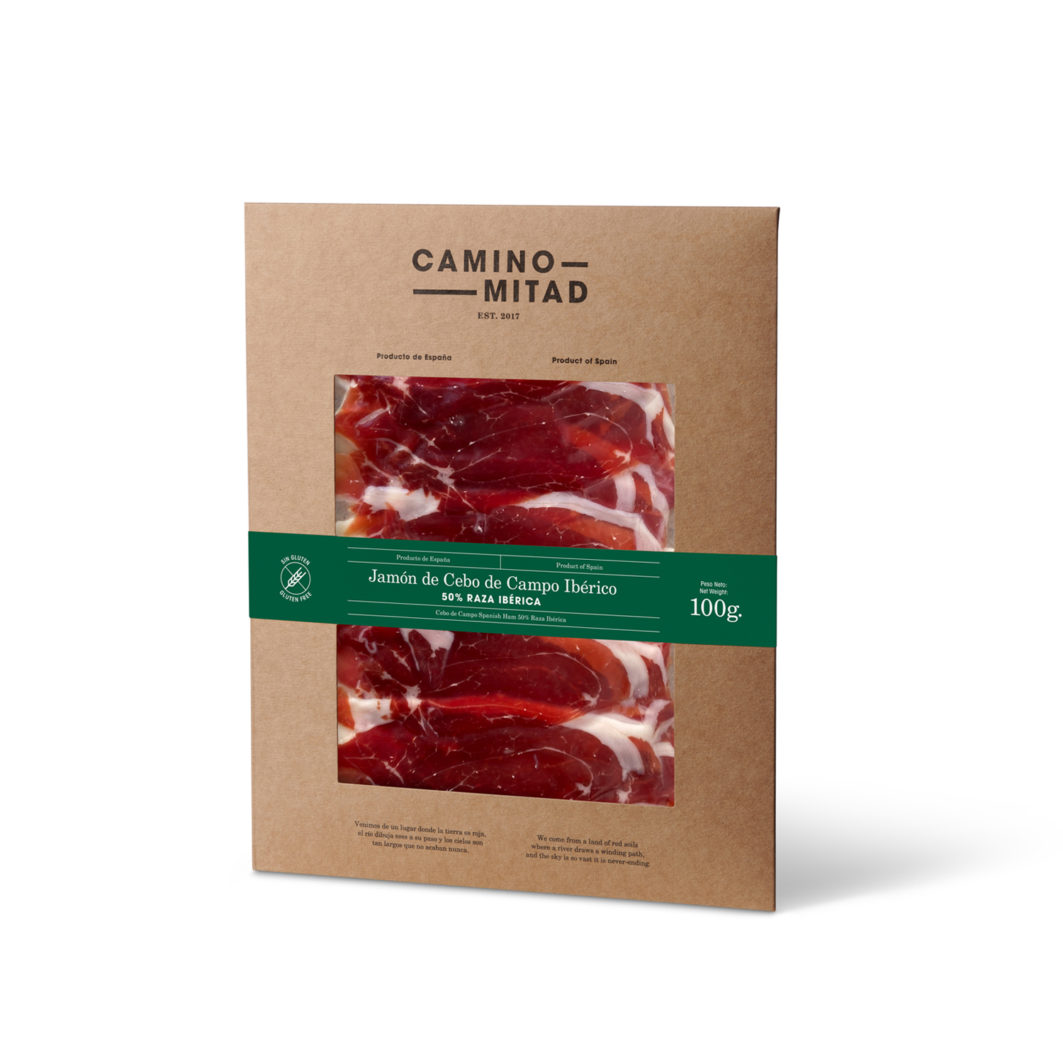